Today was "Portland Pug Meetup" - we heard of the group through a lady we met at Gramma's Place while getting some produce. She told us there was a pug group that met up one a month on the first saturday. I came home and looked it up...sure enough there is a group! We were so excited. Tank has only been to the dog park twice before today. He has been pretty shy each time we've taken him. He'd rather pee on the fence and sniff the grass then pay attention to the other dogs. He usually stays pretty close to us.

But today was a awesome! It took him awhile to warm up to all the people and pugs! There was about 50 pugs there (or so it seemed). Tank had so much fun! The meetup was from 10am-Noon. We were there for about an hour and a half letting Tanky play with all the dogs. We took tons of pictures and some video. We got home around 1:15pm and he's been sleeping ever since!!

Here are some pictures: (Tank is wearing the red and black bandana - it's his Trail Blazers bandana!) 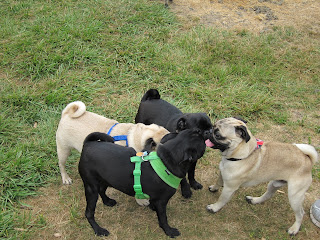 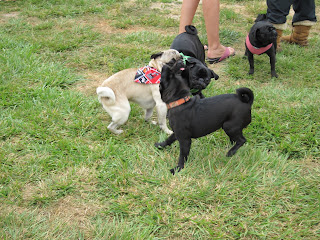 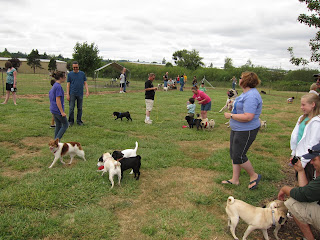 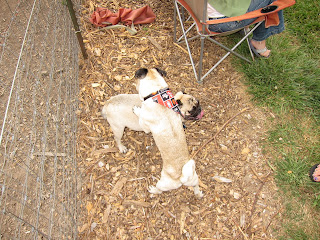 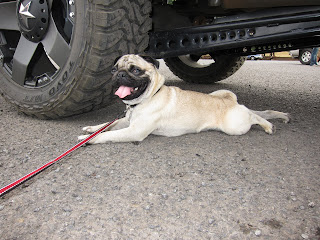 Tank dead tired after playing with all the dogs. He had so much fun!
Link to video on our YouTube Channel (just click the link below to watch the video from today:
Pug Video Click Here
Posted by Beth at 5:03 PM